Data processing in the area of big data often poses great difficulties for many companies. To counteract this problem, many organizations use tools such as software-based frameworks. These also include Hadoop, which is connected to Java.

The Java-based software framework Hadoop can most easily be imagined as a kind of shell that can be tailored to the most varied of architectures and operated by a wide variety of workers, in this case the hardware.

The framework was invented by Doug Cutting, who developed Hadoop into one of the best projects in the field of the Apache Software Foundation by 2008. Cutting developed the software framework for better management of distributed and scalable systems. It is based on the MapReduce algorithm from Google, which uses Hadoop to combine large amounts of data in detailed computing processes on distributed but networked computers.

Hadoop is not only so popular, but also because it is made available to everyone free of charge as free source code by Apache and is also written in the well-known Java programming language.

What role does Hadoop play in big data?

Hadoop’s expertise in being able to process large amounts of data, no matter what kind, in the area of big data, not only in a structured way, but also quickly, make the software framework an attractive tool for many companies. In particular, the ability to process data from different sources with different structures in parallel in a bundle in a clear and tangible way is a great enrichment, especially for organizations in the business intelligence industry.

In addition, with the help of Hadoop it is also possible to efficiently solve complex computing tasks in the petabyte area and, on the basis of this, for example, to develop new corporate strategies, to collect basic information for important decisions or to considerably simplify the reporting of an organization.

Hadoop is made up of several building blocks which, when combined, make all the basic functions of the software framework possible.

Hadoop is made up of individual components. The four central components of the software framework are:

Hadoop Common is responsible for the basic functions and thus also serves as the basis for all other tools, such as the Java archive files. Hadoop Common is connected to the other elements via interfaces with defined access rights.

The Hadoop Distributed File System is used to store the individual data stocks on different systems. According to the manufacturer, the HDFS is able to manage data in the hundreds of millions.

Hadoop is powered by Google’s MapReduce algorithm. This enables the software framework to distribute complex computing tasks to various systems, which then process them in parallel. This can enormously increase the speed of data processing.

The MapReduce algorithm is supplemented by the Yet Another Resource Negotiator. The YARN manages the individual resources by assigning them to their tasks in the respective clusters.

As already mentioned, Hadoop is largely based on Google’s MapReduce algorithm. In addition, central tasks are also controlled by the HDFS file system, which is responsible for distributing the data to the individual bundle components. The MapReduce algorithm from Google, in turn, splits the processing of the data so that it can run in parallel on all bundle components. Hadoop then brings the individual results together to form a large overall result.

Hadoop divides the data volumes independently into individual clusters. Each cluster has a single master (represented by a computer node) while the other computer nodes are subject to the one in slave mode. The slaves serve as storage locations for data, while the master is responsible for replication and thus makes the data available on several nodes. Thanks to its ability to determine the exact location of a data block at any time, the master protects efficiency against data loss. In addition, he takes on the role of a supervisor of the individual nodes, who automatically accesses its data block if a node is absent for a long period of time and replicates and saves it again.

The following articles also provide more on the subject of data and big data: 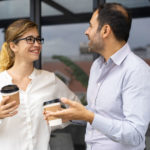 The importance of language in agile management – 7 recommendations for action 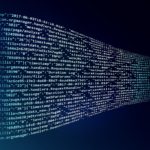 What is data mining?