The new generation of managers – young top managers put the old gray man under pressure with charisma, audacity and cleverness. But can everyone learn this, or is such a character innate?

This survey aims to evaluate what character image a manager should have. This survey is part of a current study that I am doing. The article is due to appear in the magazine for organizational development in September.

Authentic management is described as a mindset, behavior or personal attitude. For this reason, managers are often concerned with the character that should be decisive for success. A character can be described using the Big Five (also known as the five-factor model). To the Each dimension is briefly explained for better understanding:

Participation for top managers from 50 people. Thank you! 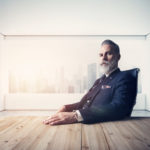 Lonely at the Top: Why Top Managers Are Lonely 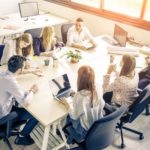 Help! I’ve been trapped in the same project for years!