How do you currently see the IT industry? Is it on a growth course or is it stagnating due to the numerous crises of the potential customers of the IT service providers? If you ask me, I often say: I’ve had the feeling for a long time that the IT industry is no longer growing as rosily as it was many years ago.

On the one hand I see that IT consulting companies have some consultants without a project and on the other hand I read again and again that thousands of IT positions are being sought and every company tells me how desperately they are looking for IT experts.

In this article I would therefore like to pursue the question: Is the IT industry close to a recession?

What do magazines and experts say?

Pro: the economy is declining

I found a first article in focus: “ It is grotesque how the recession is being talked away in Germany “. The content is that Finance Minister Olaf Scholz recently halved growth to 0.5%. Statistically, the growth is also well below the analysts’ estimates. The reasons are the facts that orders are collapsing due to events such as the trade war between the US and China, the currently weak economy in China, the recession in Italy and concerns about a Brexit.

I found another article in the world that confirms the recession in the first article: “Bechtle expects significantly lower organic growth in 2019 “The content is that Bechtle boss Thomas Olemotz says:”We will probably not be able to maintain the organic growth rate of the first quarter in the further course of the year due to the economic situation “- The background is that the manager speaks of a weak economy:”When the economy slows down, we will feel it sooner or later, even if the IT economy has recently been relatively robust ”.

I found another exciting approach in T3N. “ Shortage of skilled workers – IT specialists are too expensive for most companies “. The content is that companies are barely growing because no skilled workers can be found. The current reason is that the majority of applicants are so expensive that they can no longer be used profitably in consulting, for example. The lack of staff thus hinders the growth of IT companies.

Cons: Growth is still at a high level

On the other hand, there are also articles that show the strong growth of the IT market. I found my first article in T3N: “ Digitization – 40,000 new IT jobs in 2019 “. The content is that 40,000 new jobs are being created in Germany and the need for IT jobs is increasing.

Another article is from Heise: “ Skilled labor shortage: number of vacant IT positions at the highest level “. The content is that the number of vacant IT positions has reached a record. According to the article, there are 54,000 jobs and it takes an average of 132 days to hire an IT specialist. Almost 10,000 of the 23,000 unemployed IT specialists were also successfully placed.

One last article can be found in the magazine Computerwoche: “ Software and IT services market grows by five percent “. The content is that the market will grow strongly through cloud and big data migrations and modifications. The article is recommended to focus on trending topics.

I think it will stay mixed. In any case, the events of the last few years have had a clear impact on certain industries, but the IT market seems to continue to grow in large parts.

To understand this better and to back it up with numbers, I have another one Article found in IT-Zoom magazine . The magazine quotes a Bitkom study that the growth of IT this year is only 1.5% and that the strong years are over. In general, there are winners and losers in IT. Here are some numbers:

My first conclusion is that our economy is no longer growing as fast as in previous years, but there are still areas of the IT industry that are growing very strongly. However, the following statistics clearly show the decrease in the strong growth.

What is my experience?

My first feeling has now been reinforced by the statistics. I would now like to go into the IT market a little more closely. We learned from the articles that some areas are descending and other areas are growing. But how is my experience as an insider in the IT market?

Pro: IT consulting in the recession – corporate insourcing

My first thought of a recession came when I heard that two large banks in the metropolitan area and also numerous other large companies want to reduce the number of external service providers and even replace them completely and did so on 01.01.2019. Looking at the growth of some IT service providers, I noticed that this trend reversal has actually stagnated the number of employees and sales of the companies for some time and the companies still have good existing business, but no new projects are coming.

Furthermore, I noticed at the last job fairs that although there were still many positions advertised, only very few compared to previous years. My contacts who are currently applying also tell me that companies are only very hesitant and selective about hiring. Allegedly there are currently no direct projects. I believe that IT consulting will enter a recession due to the insourcing of corporations and the high level of competition.

Another trend is cloud migration around Amazon and Microsoft, which primarily affects the hardware sector and even makes numerous jobs obsolete.

Cons: Product houses and open source on the rise

I am currently noticing that the product houses in particular are saying that their own software is selling well and that significant growth is expected. With insourcing, major customers no longer rely on consultants, but rely on external products.

It is obvious that the IT market is no longer growing as fast as it was in the previous years, but is still growing very strongly. Some areas of IT, such as classic IT services or hardware, are more threatened and, according to forecasts, are even shrinking. It is now important to recognize the trends around the cloud and software development and to position yourself for the future, because the opportunities are still there. 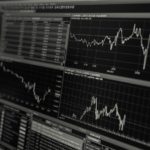 How does a data warehouse work? 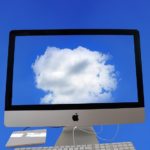