Videos are trending – in one Study by the BiTS-Business and Information Technology School 1000 test persons aged 18 and over from Germany were examined. A special focus was on learning with and without videos. Over 70% of the subjects were able to absorb content much better with short explanatory videos than with conventional written documents. One way to make videos even better is storytelling.

According to Wikipedia is storytelling: “a narrative method with which explicit, but above all implicit knowledge is passed on in the form of leitmotifs, symbols, metaphors or other means of rhetoric.”

I also use storytelling in my lectures and tell my experiences in digitization as a young graduate who faces the seemingly overpowering corporations – with the mission to create agility.

It is important that we automatically identify with the weaker heroes in a story. Even with Star Wars or Lord of the Rings we stick to the rebels and the rather weak hobbits instead of the overpowering Galactic Empire or the numerically superior orcs.

Now it is time to produce the video. Sound and image are important – the video should be very professional. It can help to hire an agency here – physical proximity is often particularly good. For example, if you are from Berlin, one would be Agency for film production from Berlin makes sense. If COVID-19 allows, you can also hold face-to-face meetings and gain more insight into production.

Videos are an important part of the marketing mix and should definitely be used by companies. However, not all video is the same – it should touch the customer too. One possibility for this is storytelling – that is, the packaging of products in an authentic story. According to studies, such videos work up to 22 times better than normal videos. So it seems to be a sensible alternative in the marketing mix and it is worth trying it out together with a good service provider. 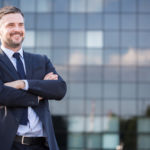 How do I test the performance of managers in uncertain environments? – With methodology to success 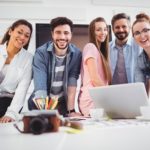