Almost every German has a bank account. In the meantime, you can “almost” even (almost) delete it, since even homeless people are no longer allowed to open a basic current account by law. The reason is obvious: without a current account, we are not part of this society. Rent, taxes, credits – cash is nothing today. Anyone who carries large amounts of cash is either a drug dealer or an arms dealer, or maybe some red light boss. Of course, this claim is not true, but it is already clear: the bank account and its deposit money have already won the crusade!

In the digital age, however, the good old checking account and the general business model of the established banks are facing several new battles. For example: Deposit vs. Blockchain – Creative FinTechs can be a kind of interface between the New World and the Old World and make finance, you hardly dare to pronounce it – agile.

Not only numerous studies and reports suggest: The major German banks are once again in a crisis that is much larger than one thinks. Deutsche Bank, Commerzbank and Co not only suffer from the tough equity capital regulations and the ECB’s low interest rate policy, but they simply lack a promising future concept. Because after the last crises, the confidence of Otto normal bank customers has reached an unprecedented low.
FinTechs start right here and want to offer financial services for the future. It is not just payments and transfers that are two of the numerous areas in which FinTech companies are on the rise. Another line of business is personal finance management. In this area, for example, algorithm-controlled asset management options are being developed. In summary, it can be said that, instead of investing traditionally, FinTech start-ups, more than the established banks, “experiment” with new technologies and also have other investment portfolios. This means that FinTechs are far more agile when it comes to adapting to rapid economic changes than the big banks will ever be. Nevertheless: FinTechs are not revolutionizing the monetary system, even if new payment and investment options make it easier to deal with “money” – whatever this may look like in the future.

Agile FinTech startups on the rise

According to a ranking by the consulting company KPMG, the service providers Lufax (China), Zhongan (China), Oscar (USA), Qudian (China) and Ant Financial (China), a company from the online network, are now among the 5 best FinTechs in the world Dealer Alibaba. With a clear focus on online payment, Ant Financial also offers additional financial services for small and micro companies as well as for private individuals. In addition to the payment service, the range of services also includes asset management, individual credit checks, reporting and services from private banking and cloud computing.

Agile finance and the digital transformation

Although FinTechs overtake the long-established banks with new types of financial products and services, FinTechs cannot do without them either. Because: Even a successful fintech like Weltsparen simply has a fixed-term deposit with international banks as its business model. If they fail to cope with their fundamental crisis, the FinTechs will also plunge into a first profound crisis at some point. In addition, it is easy for banks to copy the services of the best and most popular FinTechs and implement them in their own model. Thanks to the gigantic reach in marketing, the banks could catch up again.

In addition, the big banks have much greater resources to invest in technologies that can actually revolutionize banking, while the existing start-up financial service providers are mainly entangled in a network that makes them dependent on international banks. According to a current report by Manager-Magazin, Deutsche Bank describes the blockchain as “one of the first really disruptive ideas from the fintech sector”. Even the former JPMorgan manager Blythe Masters is causing a stir with a blockchain startup and indicates that in less than two years the blockchain will have arrived in every bank in the world. That and nothing else could actually completely turn finance upside down. In addition to the still successful Bitcoin, there is, for example, an interesting project on Ethereum that the big banks are observing with eagle eyes. Such technologies not only change the way money is managed, but also how money is made.
In today’s banking world, money is simply created through a booking record when a loan is granted. Incidentally, this is also a reason why the state can never pay off its debts. While philosophers like Aristotle and Plato were still puzzled over whether the monetary value was created by the metal value of the coins or by the face value that the state stipulated by decree, money is now “produced” through debt. As soon as a bank grants a loan to a private customer or a state, this amount is credited to their account. Actually, however, this is only a claim from the bank to the customer, which is for cash. Because interest (and compound interest) is assessed on the amount allocated, more bank money has arisen than there is any cash (work done in society). A system of money creation that cannot go well forever – after all, the exponentially growing debt that has arisen has to be borne by private individuals and companies.

Blockchain FinTechs as a revolution in the financial world

To come back to the example of Ethereum: Founder and developer Vitalik Buterin was already so interesting for the CIOs and CTOs of the big banks and fund companies at the beginning of the project that they sounded meek at an event in the Swiss embassy, like his lines of code their big empires in the future will make it superfluous. Just like the popular Bitcoins, Ethereum is also based on blockchain technology. The difference: Ethereum is not a pure cryptocurrency, but a platform for distributed apps that consist of smart contracts.

Due to the triumphant advance of successful FinTech start-ups, such as the deposit broker “Weltsparen”, the financial sector is becoming agile, but the companies often do not represent the revolution of the sometimes messed up financial system – at least with a few exceptions: Especially those FinTechs that focus on the blockchain Technology will certainly become even more important in the long term. The big banks see their existing hegemonic position in jeopardy and are working hard on new methods, but their masterminds are mostly the innovative start-ups. In the future, it is very likely that different groups of FinTechs, each of which cover different areas in finance, will combine the business areas to create a highly agile network of value creation and financial services. 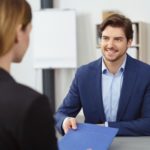 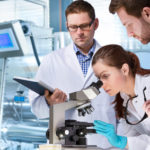