Digitization can now be found everywhere and is spreading like wildfire.
I am therefore now writing a whole series of articles on the subject of digitization. My motivation behind this is that digitization means something different for every industry and type of company and I want to work out these differences. An illustration of the differences in different industries can be found in the following figure.

In this section I would like to go into the actual core of this article and illustrate digitization in the automotive industry.

In the automotive industry, the focus is clearly on the production of vehicles. IT, like agility, played in the background for a long time because the focus was more on production and lean principles. At the same time, mechanical and design-related innovations in automobiles have long been leading. Nonetheless, in the last few decades the industry has increasingly developed into one of the most important pioneers in terms of innovative ideas and product innovations. In the areas of Industry 4.0, Automation and Work 4.0, in particular, digitalization is being promoted and promoted.

The current digitization in the automotive industry

But even if digitization and agility only played a minor role for a long time. The industry is now in a state of upheaval and agile methods and electromobility are increasingly on the rise. New functions and digital services in the car have also become increasingly important. Furthermore, the shortage of skilled workers is forcing new Work 4.0 models. But Industry 4.0 scenarios also play a major role due to their proximity to production. Accordingly, when it comes to digitization in the automotive industry, a clear distinction must be made between digitization in the car and in production.

In the area of the car itself, the trend is increasingly towards car sharing. But also for autonomous driving and intelligent, self-driving vehicles.

In production, there is increasing emphasis on software and application development. The use of assistance systems such as robots or computer-based 3D models is also becoming increasingly important. IT and its associated specialists are becoming more and more important for manufacturers in the automotive industry, as they can take advantage of digitization as a competitive advantage with the right measures.

Advantages of digitization in the automotive industry

Customers no longer require applications such as apps only for their smartphone, but increasingly also beyond. Thanks to digitization, these can also be found in the vehicle itself. But the general possibility of networking in the vehicle is also gaining in value for the end customer and is becoming an important part of the purchase decision. As a result of digitization, market shares in the industry will also shift accordingly in the future, from which some manufacturers will be able to benefit as trendsetters and later best practice examples.

If you are as excited about this topic as I am, then you can find the entire article series here ! 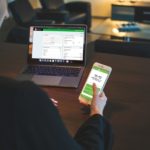 The digital twin – what is it? 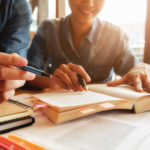