The current generation of top managers suffers from an image problem. Wirecard CEO Markus Braun was arrested only recently and Wirecard COO Jan Marsalek has been on the run since then (Wirtschaftswoche 2020). The offense is the falsification of balance sheets. Ex-Schalke supervisory board chairman and meat entrepreneur Clemens Tönnies is also currently under suspicion of fraud with delivery notes and work contracts under poor hygiene conditions, which is said to have caused damage of 4 million euros. In this context, ex-Economics Minister Sigmar Gabriel is also suspected of having saved Tönnies from a punishment at the time.

But these are not isolated cases. With Audi manager Ruppert Stadler, another top manager is facing charges with fraud, indirect false certification and criminal advertising (Handelsblatt 2020). Ex-Bertelsmann manager Thomas Middelhoff is currently in prison for tax evasion and infidelity. After a trial in 2017, he jumped out of the courthouse window and tried to escape. Another example is Renault-Nissan boss Carlos Ghosn, who is said to have concealed over 50 million dollars and was then on the run until his arrest (Handelsblatt 2020).

Such crimes can often only be explained by the fact that the top managers have a feeling of inviolability. However, the examples mentioned also show that top managers do not have a free ticket. They too are bound by the laws and norms of society. How did it come about that the above-mentioned top managers are capable of criminal acts and despite having many advisors in court hardly appear reflected and even jump out of windows? In this case, the reasons are no longer money and power, but deep down in the character of the top manager.

Change of character over time

The majority of the named top managers often come from normal parents and were brought up with different values. Over time, however, they have lost their sense of boundaries and the distinction between right and wrong in their own behavior (Wirtschaftswoche 2016). For example, VW paid millions in bonuses to top managers after the diesel scandal and the dismissal of many employees, and Clemens Tönnies demanded wage compensation from the state after the corona outbreak due to hygienic conditions that were due to their own fault. It is a perception of its own: You are allowed to violate any kind of rule with impunity just because you have climbed to the top of the company hierarchy and it is difficult to distinguish between right and wrong in an empathic way.

But where does this assumption come from? Top managers are often exceptional talents who are more efficient and more assertive than other managers. They are people who are extremely quick in absorbing, structuring, analyzing and processing information and who make decisive decisions. This shapes their self-image and their behavior. Even at the highest level, these exceptional talents often only trust themselves. Top managers are already permanently advised by management consultants and coaches, but the mindset of the exceptional talent often makes them resistant to coaching and change that does not come from them themselves.

The CEO Snapshot Survey shows that almost 60% of 1,000 managers surveyed admit that they feel lonely. Isolated Power managers in the organization and are they “lonely at the top”? According to the study, there are the following reasons for this:

In particular, such loneliness caused by the organization can also contribute to significantly changing the character.

A new generation of managers scores with character

Top management needs character – a new generation of top managers is putting pressure on the old gray man with charisma, audacity and cleverness.

In addition to the many negative headlines, a number of significantly younger managers and established top managers willing to change have made a number of positive headlines. These managers seem to score with a positive character and authenticity.

For example, the often casually dressed and in the language very direct soccer coach Jürgen Klopp from the manager magazine for “Management with Charisma, Chutzpah[Dreistigkeit] und Cleverness “(Manager Magazin 2019) elected Manager of the Year. This decision is in marked contrast to that of previous years and sparked a controversial discussion. Another example is ex-Daimler board member Dieter Zetsche, who got rid of the tie at Daimler and at a presentation with a T-shirt with the inscription ‘Do Epic Shit’ for a real scandal in the top management floors of German DAX companies provided (see Wirtschaftswoche 2018).

Both managers represent an antitype to the old, gray-haired man in a tie and suit and break with the classic managerial image that has been established in people’s heads since the 1980s. In this context, with young top managers from startups such as Daniel Kraus (Flixbus), Valentin Stalf (N26), Dominik Richter (HelloFresh) and Anna Alex (Outfittery), a new generation of managers with a special character, authenticity, openness, chutzpah and to emerge in casual clothing.

Wirtschaftswoche (WiWo) (2016). When board members feel they are inviolable. https://blog.wiwo.de/management/2016/03/07/wenn-vorstaende-das-gefuehl-haben-unantastbar-zu-sein-kommentar-von-ulrich-goldschmidt/

Wirtschaftswoche (WiWo) (2020). Marsalek isn’t the only top manager on the run. https://www.wiwo.de/erfolg/management/ex-wirecard-vorstand-marsalek-ist-nicht-der-einzige-topmanager-auf-der-flucht/25979652.html 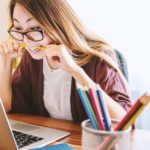 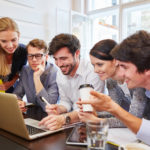