To this day, the middle class is Germany’s secret weapon.

During my doctorate, I made the decision to focus on small and medium-sized companies (SMEs) or medium-sized companies (owner-managed). The most important differences to large companies are the focus on often rapid growth, low budgets, short decision-making paths and the “myth” about the founder. Now, in the evening of some days, you ask yourself: where should I work? Where are people happier? In SMEs or large companies?

To shed some light on this, the Stepstone 2019 (Q2) portal surveyed over 19,000 specialists and managers from all over Germany and obtained exciting results through a significance analysis, i.e. separation of the results according to large companies and SMEs. I would like to summarize the most important ones below.

Reading tip: Link to the study

Skilled workers are the backbone of companies and it is important to motivate them through job satisfaction and keep them in the company. But how satisfied are skilled workers really up to date in their jobs? In the following I present the most important results of the study from the categories:

According to the study, 81 percent of the professionals surveyed have already applied to an SME. According to the study, every second stated that employment in an SME is preferred. Only every 10th respondent aspires to a career in a large company. Overall, over 80% of the skilled workers questioned who work in an SME currently feel safe and do not believe that their job is in danger.

In conclusion, according to the study, SMEs often seem to be preferred when choosing a job.

I like to lump salary and benefits together. Often, additional services such as a laptop or a smartphone can make up more than an additional monthly salary, as you do not have to buy this or the option to work from home can be better than 5000 euros additional annual salary. I would like to shed light on both in the following.

If the aim is to achieve the highest possible salary, then large companies clearly score points over SMEs in the study. On average, the salary is 26% less than in large companies. According to the study, 38% of those questioned have already decided against employment in an SME because of their salary.

However, you can earn above average even in small companies. According to the study, academics in companies with a maximum of 500 employees have an average gross income of 62,200 euros. In particular, a position in the management of an SME can result in salaries in excess of 100,000. Earn particularly well too

Salaries in SMEs are often 26% lower than in large companies, but in some cases you can earn above average in SMEs.

Often large companies offer more social benefits such as company pension schemes or a daycare place due to the higher budget. While 34 percent of Group employees value these additional benefits from their employer, only 19 percent of those surveyed from medium-sized companies are of the opinion that their employer stands out with special additional benefits. Home office and flextime are particularly emphasized.

38 percent of all respondents who are employed by an SME particularly value the flat hierarchies in their company. In large companies, only 22 percent are of the opinion that their employer scores with flat hierarchies.

The chances of promotion and advancement in SMEs are often much easier and faster. Due to the rapid growth of many medium-sized companies in particular, vacancies are fast. About 20% indicate that above all the long-term growing business development.

Those who want a job with a high degree of individual freedom and a familiar atmosphere are often in good hands in SMEs.

Almost a third of the Group’s employees particularly value the international environment in their job. Only every fifth employee of an SME finds international projects in his or her job, as SMEs often operate either regionally or entirely internationally (e.g. world market leaders).

In the study, 23 percent of large companies speak of a good working atmosphere. In SMEs, on the other hand, 45 percent appreciate the family atmosphere and the short decision-making paths. The experts surveyed rate the following as particular advantages:

According to the study, the better your own work is visible on the end product, the easier it is to understand your own effectiveness and meaningfulness of the work. Often in SMEs, one’s own work on the product is more visible than in large companies.

Furthermore, specialists often want to be able to make independent decisions and do their jobs as they see fit. According to the survey, such freedom is often much more pronounced in SMEs than in larger companies.

Employees in SMEs appreciate the flexible working hours, short decision-making paths and the greater sense of purpose in their work.

There are almost 3.4 million small and medium-sized companies in Germany, which can convince with applicants with flat hierarchies, working atmosphere and even now and then with high salaries. A lot of room for maneuver, home office, a Macbook and a lot of change as well as compatibility with my part-time doctorate are important to me. That was the reason why I have only worked in SMEs up to now and also did my doctorate on them.

This is my opinion now and certainly corporations and large companies also have exciting tasks / work atmosphere / salaries / etc. I believe that in the end the decision has to be made by everyone and individually. Tell me in the poll: where do you work? 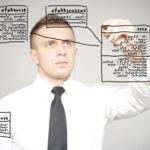 Similarities between a gardener and an agile manager 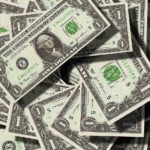 How can you try out digitization inexpensively?