When I asked a company what exactly a software developer does at a school information day in 2006 before my studies, the company representative jokingly said to me: “He types 0 and 1 into a PC, and it keeps doing it faster and faster.” We both had to laugh afterwards, but it wasn’t that far from reality at the time. The job of the software developer was characterized by sitting at the PC and typing programming code according to specifications.

The activities of a software developer have meanwhile moved from the mere development to the entire cycle of a software incl. Requirements analysis, project management and leadership have grown. There are also numerous specializations such as UX design, backend developers, middleware JEE, FullStack developers and web developers.

Reading tip : Everyone has their specialty but can also work in any other area: T-Shaped Professional .

A lot of developers are wanted, but they shouldn’t develop

I have recently seen that in large consultancies such as Accenture / Capgemini as well as in corporations and medium-sized companies, most of the job advertisements are software developers.

My experience: I actively asked about recruiting myself. I asked HR about positions as a project manager and she told me that none are currently being sought. But she told me that developers for Java are wanted. As a developer, I would have great opportunities, such as developing myself in the direction of project management and leading the team as a product owner, for example. I couldn’t get over a smile: She was looking for a project manager! She just didn’t know!

I also asked about the specific tasks of a software developer at the stands and quickly realized that:

Incidentally, it is also very similar to the job of an IT consultant.

Job crafting in IT

For me, jobcrafting means designing work in such a way that it is enjoyable for me (employee) and as profitable as possible for the company.

The job of the software developer shows most clearly that professions are becoming more and more blurred and that every employee can also shape their own job a little. You can choose your role yourself in the flexible Scrum Team and rather take on the organization or the conception or development of the software.

Due to flat hierarchies, it is no longer important to define the job precisely in advance, as the job now changes almost monthly. So it is important to start with confidence and simply design the job the way you want it (jobcrafting).

I believe that the flat hierarchies in particular are pushing for a uniform job title. Basically, in some companies you could simply name each employee just an employee. what the employee then makes of it is up to him.

Conclusion: are we all going to be developers soon?

The question can be answered in the negative. Of course we won’t all be software developers soon, but there is a clear trend towards job crafting.

Flat hierarchies and autonomous Scrum Teams (jobcrafting) make it harder and harder to really describe jobs correctly. The choice then fell on the IT position of software developer (m / f / d). The subsequent job can now be designed flexibly.

In summary: No, we won’t all be developers, but the hierarchies are becoming flatter and job titles are becoming less and less important. You notice it most clearly in the job of the software developer. What is important is what you do with your job yourself.

My tip: Make use of this flexibility and simply apply for such a position as a developer with the wish to take over the organization as a project manager. 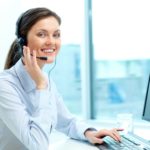 Agility in the company – 5 tips: How to convince your management