Generation Z is entering the labor market and companies are trying to prepare for it. There are currently many studies about this new generation, which more or less even contradict each other. It is obvious that the survey of 16-18 year olds who have barely or not at all worked hardly any statements about the labor market. It can therefore be assumed that the study results can only be correctly confirmed in 5 years and that they will still change massively. Generation Z summarizes the years 2000 – 2015. I have now examined four studies for you in the following and draw an initial conclusion from them.
Reading tip: Generation management

Generation Z has been using digital technologies from birth and is therefore referred to as the digital natives. So you are used to processing and using a large amount of information. For them, too, the real and virtual world are increasingly merging. They are networked with one another 24 hours a day via smartphones and social media. Mobile phones, notebooks and tablets have always been part of life and information is accessible anytime and anywhere. The studies agree that as a result, more is compared, researched and questioned. For example, if a digital native makes a statement, pulls out his smartphone directly to google the statement that he does not understand.

The first source I found is from heap . A wide variety of studies were summarized there. Haufe did the study by NEON (1000) as well as the AUDI AG examined (10,000 participants). NEON believes that good pay, secure permanent employment and a pleasant working atmosphere are important. Self-realization is no longer as important as it used to be for Generation Y. The respondents often long for peace and quiet even after work and prefer bars and clubs during the week less often.
There is also a high need for security and loyalty. The AUDI AG respondents can imagine spending their entire life with one employer again. Also, a good generation boss is more important than extensive bonuses. The AUDI AG study also believes that Generation Z often has little career planning and will pay close attention to the compatibility of family and work.
In conclusion, a strict separation of work and professional life is an important point. Generation Z is therefore also more realistic. Rosy promises and empty phrases are no longer important and are viewed very critically by Generation Z.
Results in a nutshell

Now I have searched further and one other study from Bremen, which characterizes Generation Z as realistic (Generation Y – optimists). According to the study, Generation Z is not willing to work overtime and sees their job as a means to an end. Thus, topics such as self-employment or startups are hardly an issue. Sport, for example, is seen less as a compensation and more as a means to an end for maintaining health.
Realism in particular should shape this generation. Marketing promises should lose their effect and privacy and data protection should be very important to the generation. In professional life, the generation should be able to cope very easily with large amounts of information and changing tasks. You can acquire knowledge yourself very quickly and require a certain degree of digitization (e.g. free internet at work).
Results in a nutshell

On too Start-up scene was dealt with the topic. Generation Z should have unlimited possibilities. So what counts is the guiding principle: “Anything Goes”. According to the start-up scene, a low level of optimism, a high level of rationality and low loyalty for an employer are characteristic of this generation. The 9-5 mentality (9 a.m. to 5 p.m.) should also be challenged again.
This generation does not want a transition from work to private life. For this reason, regular working hours are important as well as less flexibility in the job. The Gründerszene also believes that Generation Z will not be receptive to empty phrases and advertising.
Results in a nutshell

One final study is of the University of Applied Science . According to the study, Generation Z should define themselves through material possessions and smartphones. You have the highest demands on employers and are lone fighters. You are used to being networked all over the world.
Another characteristic is disconnection (volatile) especially with employers. For the generation there are hardly any long-term ties, life rather consists of a collection of section partners. Furthermore, private life should clearly dominate before the job. Especially in the job, financial incentives and further training as well as technology are more important than benefits such as home office.
Results in a nutshell

All studies are of the same opinion in many respects, but also differ massively. I am surprised that Generation Z is again more conservative on their private life and wants to be loyal to an employer. I thought it would evolve into volatility and rationality, as in Source 4, rather than security. I also miss agility and virtual teamwork. However, I also experience with the trainees I know that there is also a clear tendency towards safety.
[yop_poll id=”40″] Thus, in the summary, Generation Z can be seen as a generation that is realistic, wants to separate private and professional life, lives nine to five and demands a certain degree of digitization. So far, studies seem to agree. However, there is a lot of discussion as to whether they are loyal and safety-conscious or more volatile and rational. We will probably only know more details in a few years. 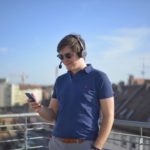 Influencer marketing for medium-sized IT companies – does that make sense? 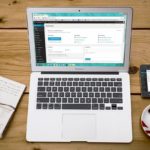 Digital business models – these are the possibilities!