Many an employee represents an unsolvable riddle for a manager. Being able to decipher their behavior would be very helpful in many cases. After all, as a manager, you want to understand your employees. Why did he say that to me now? Why is he so aggressive? Why is he showing such disinterest? These are some of the questions a manager would like to know the answer to in order to be able to untie the Gordian knot. Misunderstanding one’s employee often leads to conflicts between manager and employee.

But there is a helpful model that helps every manager understand the behavior of his employees. This way, he can really take the lead in his team. This is transactional analysis. This involves the study of the relationship between a person’s personality and their communication. The ambitious goal is the development of the human being, i.e. autonomy.

The founder of this analysis is Eric Berne. He says that transactional analysis is a clinical method from psychotherapy and a theory about people’s personality. It involves observing and analyzing the interaction between people. The basis for this is precisely defined and specific ego states of people.

So how does this work exactly? Every manager who comes into contact with employees carries out transactions. This means that components of communication are exchanged, i.e. transferred, between the people involved. It is therefore important for a manager to be able to analyze these transactions precisely. This is the only way to gain precise and deep insights into the communication and to find out what exactly is happening between the interlocutors on a psychological level. This applies in particular to the personality of the counterpart, but also to one’s own leadership personality and the relationship dynamics between the two. A transaction is therefore always the encounter with another person and one’s own reaction to it. This transaction can and must be analyzed. Today, this is indispensable for the leadership of employees.

What can transactional analysis help with?

To find out why it can be helpful in leading people, one must take a closer look at what Berne said. His statements revolutionizing the world of psychoanalysis were:

Simple statements, but they provide valuable input. Every person who comes into this world is fundamentally ok. His potential is healthy and good. People who are afflicted with mental problems are full members of society and intelligent. In order to shape one’s own life, only the person himself is needed. Everything he needs for this is already within him. His understanding of man is as thoroughly positive.

These statements have led to psychologists and psychiatrists dealing differently with the mentally ill today. Conversations take place respectfully at eye level. But the mentally ill have also experienced a new self-image, because their self-image has changed. All people are equally okay and all problems of a psychological nature can be solved.

The key to the solution is rooted in human communication. How a person communicates shows his true character. But not only that, also his feelings and memories become visible this way.

Based on his observations, Berne divided people’s behaviors into three states:

Every person constantly oscillates back and forth between the behaviors mentioned in these three states, depending on the prevailing feelings, desires and needs. For a supervisor, this becomes visible on a verbal level by what an employee says in terms of content. On the physical level, he perceives it through the tone of voice, facial expressions and gestures, i.e. how it is said.

In the parent ego are the statements and the behavior of our parents as one experienced and grasped it as a child. No parental order is questioned. Orders and rules are obeyed unconditionally, because parents are the first role models for a human being. They give each person the imprint in the first six years of life. At work, a manager then experiences employees in such a way that they often reprimand or patronize the other employees. Alternatively, it may be a strongly caring employee. In the case of verbal paternalism or disapproval, a frown is then often added, sweeping prejudices are expressed and disparaging assessments are made that are intended to humiliate the other person.

A strong contrast to this is the adult ego. It is the ultimate prerequisite for respectful, appreciative and factual communication between people who are adults. Interaction is constructive. Colleagues are seen as equals and treated as such. People who are in the state of the adult ego know their options for action. They actively influence situations and make full use of their potential, because they make decisions. Thus, in the experience of the situation, they are not trapped, but they change it. All decisions are made from information drawn from the three ego states simultaneously. If a manager communicates with such an employee, he will have an attentive listener and a reflective speaker in front of him.

The childhood ego contains the helplessness of the first five years of a child’s life. At this age, every child not only clearly perceives the rules and statements of the parents, but also collects feelings and impressions. At the beginning of his life, a child first feels that he is not full and therefore not okay. This is clearly visible in defiant and, for an adult, silly behavior. This usually happens spontaneously and the consequences are not considered. One simply rumbles away. But even employees who approach their work creatively, inquisitively and curiously are in the childhood ego. An imaginative approach to work is also a key factor in this.

In everyday professional life, acoustics and facial expressions play a major role for every employee when dealing with colleagues and superiors. For example, if someone asks for an e-mail to be forwarded and this is done in an irritated tone of voice, reproachfully and with folded arms, a manager can assume that this person is currently in his parent ego. He assumes that it must be known that in order to do his job, he needs this e-mail. If the same request is made in a matter-of-fact tone of voice, it is merely a memory based on the adult ego. If a completely unsettled-looking employee with big child’s eyes stands in front of the supervisor and almost submissively asks for the e-mail to be forwarded, the basis is the child ego. This employee is not sure whether he is allowed to ask for the forwarding at all. His voice is therefore also rather brittle.

Already the knowledge of these three ego states can help to recognize, prevent or solve conflicts. It also contributes to the development of one’s own personality and that of the employees. Every person, whether employee or manager, can work on his or her communication behavior so that conflicts can be resolved and misunderstandings prevented. The prerequisite, however, is self-reflection and the ability to persevere with the work on one’s own communication. To do this, one should view oneself with the necessary distance from one’s own behavior and remain objective. In this way, the problems of one’s own communication quickly become clear.

In everyday working life, the caring parent ego shows itself, for example, in the fact that this employee constantly has to do the work of other colleagues. Someone who is in the child ego is often not taken seriously.

But how can it help to solve or prevent conflicts? As a manager, you can take a closer look at the so-called drivers. Drivers are stereotypical behaviors that everyone learns in childhood. These behaviors reflect what parents and other caregivers have expected from the child. An example of this may be that if perfection was expected of a child, even as an adult he or she lives in the consciousness that everything must be done perfectly 150 percent of the time. Mistakes are not allowed. This puts a lot of pressure on the person and is perceived as stressful. If a child was often driven to hurry, he or she will also feel the urge to hurry as an adult. The tendency to want to please everyone and everything also comes from childhood.

As a manager, you can now help your employees to identify their respective drivers and thus gain clarity. This takes the pressure off. Subsequently, you can mitigate the driver by giving yourself permission. For example, those who no longer want to be so perfect can give themselves permission to be good enough.

Psychological games are patterns in conversation processes that always run in the same way and are controlled by personal motives that run unconsciously. These conversation sequences always follow the same rules and in the end, unpleasant feelings remain associated with a pressure on the stomach. Employees who play such mind games have a hard time leading or developing relationships in a positive way. For decades, people suffer at work because of these psychological games, even though they run unconsciously. It is therefore important for a manager to discover these patterns in a conversation process, to uncover them and to get out of them. One can also offer affected employees help in this regard.

The term manipulation often has negative connotations, because it stands for a secret and covert influence on the behavior of other people. The intention is to get them to do or refrain from doing something they would never have done if they had not been manipulated. Nobody wants to have anything to do with manipulation. Manipulation is fundamentally bad. But in general, human coexistence without manipulation is hardly conceivable. So why not use the term positively?

If a manipulation does not cause any harm to the counterpart, but serves to achieve a certain goal, it can be assumed that this form of manipulation is positive. For example, a manager can motivate an employee to perform better through praise and recognition without harming him or her. For this, a leader must use the analysis of the particular ego and rhetoric. There is no need to have a guilty conscience when using positive manipulation, because the manager is convinced that this type of manipulation will have a positive effect on the employee and the company. The manipulation would become negative if the manager omits essential information for the employee or even lies.

An effective and successful method to be able to classify the behavior of the employees and the own and to change it if necessary. The causes of conflicts can be identified and solved. Own and the abilities of the employees can be used better. In this way, critical situations in everyday working life are better mastered, self-confidence is strengthened and one’s own potential and that of the employees is fully utilized. 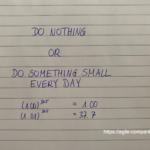 Step by step to success – every day little effort but constant! 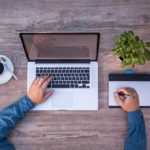