Speed, flexibility of location and working at a distance are the current effects and opportunities of digitization in the workplace. In this article, based on the statements of my round table, the phenomenon of technostress is discussed. I’ll show those of mine Participants in the round table discussed possible risks in the course of change in the workplace.

Wikipedia says: Technostress is a specific sub-category of the stress phenomenon. Technostress is caused in everyday situations in which the user is overwhelmed by new technical devices or systems. Technostress is a reaction of the body to the strong psychological stress that can be caused by technology. In many ways, it represents resistance to changes that newly introduced technologies bring with them.

Why is there technostress?

All participants of my Round tables state that their companies use a high proportion of tools and new technologies. Along with this, the participants notice technostress due to overstimulation and constant availability. So is the consensus of the participants:

But how does such a technostress show up alongside the usual stress symptoms? The following examples of focusing are given:

Conclusion: technostress in the workplace

In the summary, the consensus of participants is that “The human factor simply cannot be forgotten” and it’s not enough “Just any tools” to put down. “One must[die Mitarbeiter] raise awareness, have to pick them up “ is the collective opinion of the participants. In conclusion, one of the participants clarified the statements about distance work: “Agility can actually only arise when you have seen each other. Because it makes a difference whether we sit 1.5 meters apart or whether there is a screen in between and the other person is 500km away. “
Reading tips: 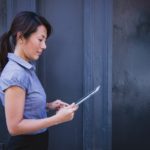 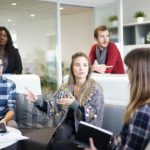 What is an agile and digital administration / authority?