Employees don’t leave companies, they leave bosses! I already said that 2019 an article from T3N : The magazine quotes you Gallup Report : Quite often, bosses are the reason employees quit. Almost 70% of the factors that contribute to professional dissatisfaction are directly related to the superior.

If you are also thinking about changing jobs because of the manager, because her boss is unbearable or a narcissist, then you should continue reading this article. In the first step, I would like to discuss such unbearable behavior and then examine whether a termination is really the only solution.

The behavior of bosses

The psychologists Delroy Paulhaus and Kevin Williams (University of Vancouver) conceived the so-called Dark Triad more than 15 years ago. The content is three specific personality disorders, which occur more and more in executives. The two psychologists found that white-collar workers, in particular, often pretend to be very different at work. Since executives tend to have greater freedom, they are more likely to be “you” as employees. You are sure to find one of these behaviors in your boss.

The classic: boss is a narcissist

The narcissist is the most common. According to Wikipedia, narcissism is : The expression narcissism In everyday psychology and colloquial terms stands for the self-love and self-admiration of a person who considers himself more important and valuable than judging observers characterize him.

Those who suffer from the personality disorder narcissism struggle with a lack of self-esteem and a high sensitivity to criticism. You are constantly fighting for recognition. But where does narcissism come from?

The term comes from the Greek mythology of the river god Kephissos. Everyone around him loved him and he had an incredible attraction. But out of pride and arrogance, he rejected them all. His infatuation, however, was punished. There are two versions:

Think of it in a person’s head like this: Narcissists have very little self-confidence and high doubts about themselves. You therefore need confirmation and admiration, as well as status as a boss. Normal people build their self-esteem on four feet. It is stable. The narcissist only has one shaky foot. At the slightest criticism or loss of status, this foot wobbles directly and threatens to tip over quickly. That’s why the narcissist hits the roof so quickly.

I experience narcissism as the most common form in managers and I have dealt with it a lot in the past. As management consultants, we have generally been specially trained in this type of character. Specifically, I would like to give a few more examples of what such behavior looks like in everyday life.

Fighting or looking for a conversation with top management?

I often receive three specific tips from coaches and personnel developers, which I have often seen implemented in practice by other employees. Unfortunately, all three have never had any success so far.

Talking to a narcissist can be forgotten. Daffodils suffer from extreme insecurity and any criticism is fended off. You feel attacked and the other person is perceived directly as an enemy. You can be sure: He will make your life hell.

It is hardly possible for a narcissist to change fundamentally in the job. I’ve only ever seen someone want to change through therapy and it worked. However, it is an absolutely isolated case.

I experience that narcissists are often very firmly in the saddle and there is hardly any way to suppress them. The top management often picks it up and either it doesn’t happen or a direct conversation is sought between you and the boss. The consequence is as already described above. Everything will be denied and the top management will cover its manager. Unfortunately, in 5 years I have seen someone have success with it.

Also the tip that you should wait for the boss to leave, “He won’t stay in that position much longer with this behavior”. I experience that most of them will very well be in one position for many years. It is not worth waiting in my eyes. It is not easy to change, especially for managers. On the one hand, the managers already have a high salary and, on the other hand, companies are often not looking for managers.

An article from Monster shows that in times of flat hierarchies the number of executives even decreases: No growth, only need for replacement ! Furthermore, I have only seen very rarely and only after a very long time that a manager has been transferred or even fired because of numerous layoffs. So 90% of the time you can assume that your boss will stay for a very long time and it is up to you whether you get along with the boss or not!

What to do? Slime, distance, be an expert or escape

So what do you do now? I found a total of four options. The first option is slime , which is particularly important in the context of service providers and management consultants when one is dependent on the customer. Narcissists are always on the lookout for confirmation and, accordingly, are prone to flattery and praise.

A second option is to keep your distance . I often see this especially in large companies. Avoid the person. You stay under the radar. This is especially good if you are very satisfied with your job and currently do not want to change or advance. The narcissist will leave you alone when he realizes that you are not threatening him. But be careful: as soon as you can be better than him, he will start fighting you.

The third option is to be an expert on something . They are irreplaceable for the company. The boss cannot achieve his goals without you and is dependent on your knowledge. You will find that the boss is flattering you.

If these three options don’t help, then there are Option four: escape! A high level of job dissatisfaction and stress can have a negative impact on private life and promote chronic diseases. Protect yourself and write applications diligently. 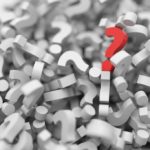 What does a Scrum Master do? 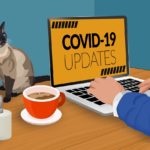 What comes after Corona? The balancing act between office and home office