In this part of the series of articles, this time the focus is on the characteristics of the narcissism walk.

Before I get into this article, however, narcissism and in order to include the first of the three personality disorders, I would like to begin with the term “dark triad” define more precisely in terms of meaning and origin.

Personality disorders of the “dark triad”: Of the narcissism

We all probably know at least one such person: total refusal to criticize, overly self-indulgent with an overly high level of self-expression. But at the same time charming and self-confident. Narcissism is relatively common among specific personality disorders.

In addition to these characteristics, narcissists also tend to assess their own abilities much better than reality. This often gives them the feeling of being superior to other people, which often results in dominant behavior. Coupled with emphasizing their own person, narcissists usually lack social awareness, so they like to react to their fellow human beings with degradation. In particular, the willingness to accept criticism is so weak in narcissism that people with this personality disorder often react unapologetically, negatively, and sometimes even aggressively. The associated lack of willingness to compromise can quickly offend narcissists with their surroundings and attract attention in an unpleasant manner.

At the same time, narcissists’ own social status in society is extremely important. They want to be admired and valued and to draw attention to themselves as permanently as possible. They succeed in doing this particularly through their positive character traits. Narcissists often exude a lot of charm and convince with their strong self-confidence and persuasiveness. In doing so, people from the field of narcissism walk on a narrow line. Because due to the lack of empathy and understanding towards their fellow human beings, narcissists often appear cool, arrogant, selfish and arrogant. Many fellow human beings perceive this as a downright imposition.

Narcissists in the workplace

Thanks to their positive character traits, narcissists often hold high-ranking positions in the world of work. They like to take on the decisive and leading role in groups and teams and convince with their steadfastness. It is precisely these aspects of leadership positions that they can pursue their urges for recognition, attention and admiration.

However, narcissists are quickly noticed negatively by their colleagues and employees. Because the charismatic, competent and convincing impression that still exists at the beginning can quickly change due to the inconsiderate and degrading behavior. This quickly creates tension in the workplace, as narcissists are no longer perceived as role models, but as arrogant and self-loving colleagues, employees or superiors. This, in turn, worsens the working atmosphere over the long term, so that communication and information exchange are often disrupted. Especially when working in teams, this has the consequences of reducing performance. Other team members feel uncomfortable working with their narcissistic colleagues. Especially because they are not open to criticism.

At the same time, narcissists in leadership positions often tend to make hasty and risky decisions with far-reaching repercussions. As a result, the business success of organizations can fluctuate enormously.

Because of their characteristics, narcissists really strive for leadership positions. Companies can benefit from the strong self-confidence and persuasiveness of these employees. At the same time, the inability to accept criticism and the exaggerated self-portrayal of narcissists can lead to tension in the workplace. The atmosphere in teams and in general in the workplace can also be shaped by the satisfaction of the narcissists. Because if their urge for admiration and recognition is not adequately satisfied, narcissistic employees and managers often tend to behave unethically. In addition to degrading and bullying others, it even includes crimes such as theft.

It is important for organizations to carefully weigh the pros and cons of recruiting narcissists. 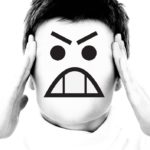