Longing for the end of the day on the way to work in the morning can be an indication that you are in love – or that you have already left your job behind you ( LaborABC ).

After reading an article about Boredom at work wrote and he had really found a broad readership within a short time, I thought about what the consequence of boredom in the job can be. One approach could be as follows: Employees have internally quit after a period of boredom. But what exactly does that mean and what are the signs?

What does it mean to have quit internally?

“The internal termination As a concept of the world of work is a newer word formation with which the phenomena of lack of work motivation and minimization of the work effort are attempted to conceptually to a just acceptable extent. It is not the formal employment contract, but the “psychological contract” that is terminated. Internal dismissal is also understood as a form of covert industrial conflict that has similarities with the protest form of service according to regulations “(source Wikipedia ). At first glance, this definition is quite accurate. Employees are therefore primarily only bound to the company in writing and reduce their work to a minimum. In colloquial language, some of my test subjects, whom I questioned in the course of the article, often and happily said to me: After 8 hours I will “drop the pen” and quickly leave the company building.

It takes a while for the “inner resignation” to take place

The internal termination is a creeping process, which is often only noticed when it is already too late. Sometimes mistakes by managers also have an influence on the development of an internal resignation. Excessive control or the repeated overriding of employees, pronounced authoritarian company structures, rigid hierarchies or a hermetic attitude on the part of the executive floor can be the causes of the secret withdrawal. What other motives can be behind such an internal resignation? There are numerous reasons for this, such as:

But how can I find out for myself whether I have already resigned internally? The magazine Career bible has put forward some theses on this. If you find yourself in these again, then you seem to have quit inside. There are quite a few theses and I am only giving a selection of them here, which in my opinion meet the key points.

“Please give up your mind when you receive it”

“Do you have to give up your brains at reception too? Big organizations seem designed to break the habit of thinking in their people and turn them into sad fatalists. Many draw the conclusions and leave. Budget planning has a similar potential for frustration. Managers and budget officers meticulously calculate, plan, present, change and think. But when the work comes back from the controlling department, 30 percent of the budget has been cut completely dryly – without explanation, without internal logic, without understanding, mostly based on the lawnmower principle. What will the so deceived manager do in the next year? “( Manager magazine ). Surely this would probably quit shortly or long internally.
Furthermore, the magazine says: “In theory, that is also wanted: Employees who think for themselves and act independently, who are willing to make decisions and sometimes take a risk, who act as if they owned the company themselves and were not just work slaves, recipients of orders , Front soldier. The word intrapreneur is on everyone’s lips “. So it seems to show that no one acts like that on purpose. Nor is my opinion that fundamentally large companies are bad or that management should be abolished. However, we should identify certain causes for this internal termination and correct them in a targeted manner. I see this as the task of managers in modern times. It is noticeable that there are fewer reports about burnouts, but rather mainly about boreout.

The decision of an employee to consciously but tacitly withdraw their willingness to perform and their work. The person concerned carries out this process as inconspicuously as possible because he wants to keep his job Ralf Brinkmann ).

So what can you do after you’ve quit internally? The opinions in the magazines are by all means the same: One should take action, seek discussions and analyze the situation. However, if you read the comments under the articles, those affected have often tried for a long time and then internally quit because of “frustration”. If you keep bumping into a wall, you seem to give up at some point. At least I was able to read that between the lines.
So in the end it seems to be a problem in the organization, what motivates employees to quit internally. I don’t think that the current research or the articles that can be found on the Internet are even remotely capable of fully mapping the problem. We are still at the beginning of a long research. However, one approach seems to be the structural change of organizations. So here the question arises whether such boredom also occurs in organizational forms such as Democracy, Holacracy or Sociocracy still occurs so often or whether it is a phenomenon of classic hierarchy. What do you think? Write it in the comments. What do you think of concepts like NewWork or Futurework as a solution to such boredom? 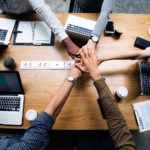 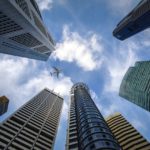 VUCA world and the digital transformation