Agility is an attitude or is mainly shaped by the character of a person – at least according to the majority of magazines, blogs and books on this topic. But I asked myself: Can a manager or specialist actually change his character so easily and adopt the so-called “agile mindset” or is it actually not possible? For this purpose, I have examined a number of scientific studies on character change and then give specific tips on how you can change your character, at least superficially.

Selected research on changing a character

Especially Top management needs character – a new generation of top managers is putting pressure on the old gray man with charisma, audacity and cleverness. But everyone can learn this, or is such a character innate, and if so, how can a character be changed?

The question now arises whether a top manager can easily change habits and personality. Do you see yourself in a position, like the young startup founders, Jürgen Klopp and Dieter Zetsche, to become a role model with your character?

For many years researchers have not agreed on whether character traits can be consciously changed. As early as 2006, Roberts et al. 92 long-term studies and find that the basic character is divided into surface and core features. Core traits are deeply rooted in a person’s subconscious. Surface features form a person’s individual routines and skills. These are:

The question arises whether and how core or surface features can be changed or not. For a closer examination, Specht et al. (2011) analyzed almost 15,000 test persons and found that people change significantly after adolescence, especially between 25 and 30 years of age (entry into employment) and again after retirement at around 67 years of age. Goals change, especially when entering professional life or promotions, and new skills and routines are acquired for them. However, these new routines and skills often only superficially influence a person’s character, i.e. surface features. According to the study, special changes in the core characteristics are often the result of a traumatic experience, which, however, is mostly negative, e.g. B. Death of a fellow human being or car accidents.

According to the study mentioned, it is hardly or not possible to change one’s own core characteristics naturally. Only an adaptation of routines and the acquisition of skills to control the character allow an outward change. So surface features can be changed.

Change of routines and skills

According to the studies examined, humans can consciously make changes in surface features, even if this requires perseverance. Each of us has daily routines (e.g. going to the office, brushing our teeth before breakfast) and behaviors (e.g. emotional discussion in the event of problems or withdrawal from intense disputes). This refers to the innermost and deepest routines that are often difficult to influence. It therefore requires a high level of internal motivation and a pronounced stamina. Such a change consists of three steps (see Lindner 2020):

The first step is that you choose certain characteristics of your character and recognize routines that are associated with them. Feedback from colleagues, employees and friends is also well suited for this. Some examples are:

The next step is to find a motivation to change. Not every habit is automatically important enough to be changed, and not every person has to be perfect either. Perfectionism in particular can be a hindrance to an authentic appearance. However, it is important to change certain routines that are often in your way. So what is the trigger that makes you want to change a certain situation? Also make a note of the possible triggers. Examples are:

Always remember: changing habits is not a ‘must’, but rather a ‘could’.

The last step is to draw the right conclusions from the knowledge you have gained and to put them into practice. Now write down properties and what behavior you want to improve them with. Examples are:

As a result, these actions must now be implemented. Try to integrate the new routines into everyday situations and, for example, reflect after a conversation with an employee: Have I listened enough?

By the way, according to a scientific study, you need to do the new act a few times until it becomes routine. The researchers around Phillippa Lally et al. (2006) from University College in London investigated this in a study. She gave almost 100 test persons the task of acquiring three new habits (including a 15-minute walk every morning). The number of conscious executions of the activity up to the automated habit averaged 66 times.

A final recommendation is to schedule a reward for following the new routines. For example, did you make the decision quickly enough in today’s meeting or did you frustrate the team with waiting? Did you listen enough in a one-on-one conversation with Mr. Müller today or did you talk too much again? The idea behind this little reward is that some kind of trigger is set in your brain: the next time the same situation occurs, then I do the following routine as it creates a reward (e.g. a good coffee).

Management in modern times largely depends on character. It is precisely this fact that makes it very difficult to describe and define modern management appropriately. The central point is a change in one’s own behavior. This is not easy and requires a lot of perseverance. Because the basic character is often fixed and can hardly be changed. However, what can be customized are routines and behaviors. So it is important to break out of certain routines and change your own values and character traits.

Specht, J., Egloff, B. & Stefan, C. (2011). Stability and Change of Personality across the Life Course: The Impact of Age and Major Life Events on Mean-Level and Rank Order Stability of the Big Five. SOEPpapers on Multidisciplinary Panel Data Research, No. 377 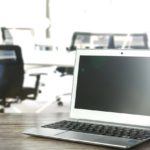 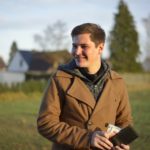